Where Americans are moving 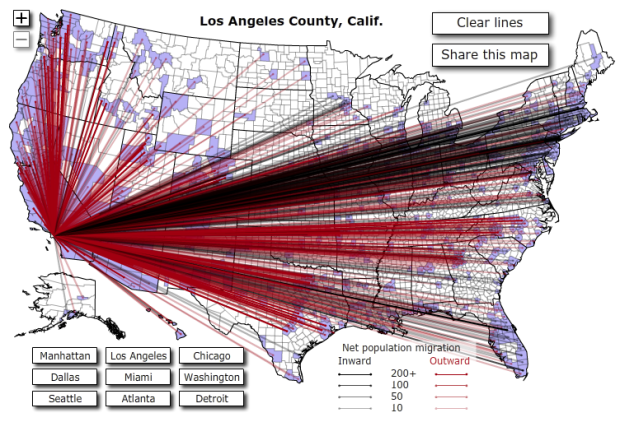 Jon Bruner of Forbes reports that more than 10 million Americans moved from one county to the other in 2008, based on data from the IRS. The above interactive map show these moves in and out of nine major cities. Red lines represent moves out of the city and black lines show the opposite. The less opaque a line, the less people.

The interaction is kind of clunky, and it’s hard to see all the movement, even when you zoom in, simply because there are so many lines. Further moves, say from California to Florida, get more visual dominance too, when it’s actually less than it looks, I think. Placing less emphasis on the lines, and coloring counties as you select the major cities might make this more clear. Nevertheless, it’s still an interesting view.

Update: Check out data.gov and look for ‘migration’ to get your hands on the data behind the map.