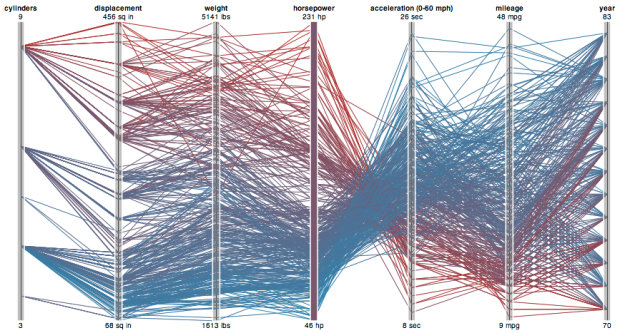 The most recent version of Protovis, the open-source visualization library that uses JavaScript and SVG, was just released not too long ago – this time with more layout and examples. This is especially helpful since Protovis was “designed to be learned by example.” Among the new stuff is the ever popular streamgraphs, along with the force-directed layout. With only 10 to 20 lines of code, you’ll have your viz, so lots of bang for the buck.

There are, however, still some limitations with dreaded Internet Explorer (mainly with interaction), but they’re getting there, I think.

Find plenty of other examples on the Protovis site. Robert Kosara has also started a series of Protovis tutorials on how to use the library if you want some guidance on where to start.