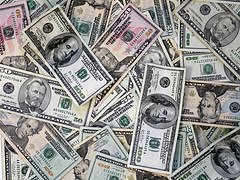 This is a story of fake charities and tax shelters. In an analysis of data from the Canada Revenue Agency (CRA), it was found that billions of dollars in donations were collected by fraudulent organizations, with only a tiny portion going to the actual causes. In one case, only $1 out of every $100 went to helping the homeless. The rest of the money went to a tax shelter. Shameful.

Not only did this lead to the exposure of fraud, but also negligence on the part of the CRA charity division (now under new leadership). How did this go on for so long? A simple sort on the data would have raised questions immediately. Instead, it took a freelance consultant, poking around out of curiosity, and journalists, who were aware of fishy behavior, to move things along.