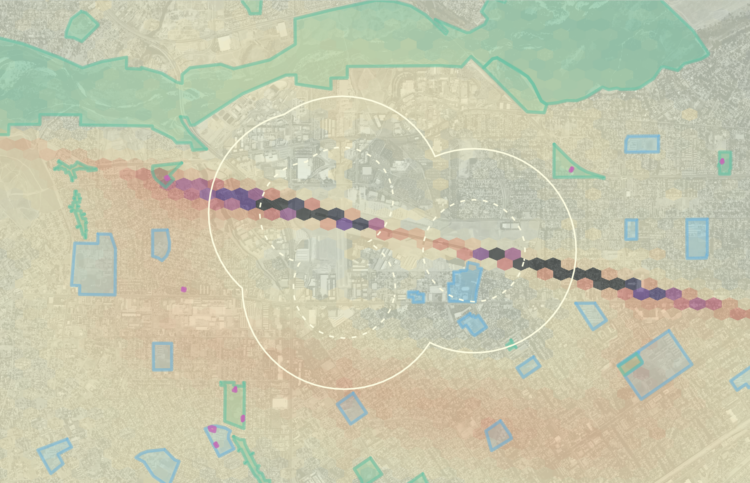 Thousands of smaller airplanes are still allowed to use leaded fuel, which can lead to unwanted emissions around airports. For Quartz, David Yanofsky and Michael J. Coren mapped flight activity for such planes against schools, parks, and playgrounds:

These maps illustrate where initial emissions are likely to be highest. Because lead pollution disburses with the wind, anyone within a 1.5 km radius of the runways may be exposed over the long term. But essentially three factors dictate the amount of lead exposure: the volume of air traffic (and thus lead emissions), one’s proximity to the airport, and the prevailing winds. The worst-case scenario for residents? Living alongside a busy airport, downwind of the runway. Often it’s lower-income families living in these areas. To determine individual lead risks, more detailed studies, such as the one at Reid-Hillview, would be needed.

Use the search to look activity for airports in your area.