The National Science Foundation announced the 2009 winners of their annual visualization challenge. As usual it’s mostly scientific visualization of biological organisms and phenomena speckled with a few data-focused entries. The above, for example, took first place in the photography category. It’s a picture of tiny fibers, nanometers in diameter, wrapping around a plastic ball while immersed in evaporating liquid.

The most data-ish of the winners was from Christian Thiemann and Daniel Grady of Northwestern University. They made a video explaining how people across the country, based on data from Where’s George?, a dollar bill tracking site.

Out of the winners and honorable mentions, these two by far seem like odd selections. The first is from PhD comics, my absolute favorite Web comic. PhD (piled high and deeper) is a great comic, but I’m confused why I’m seeing it in a visualization challenge. The comic won first in the information graphics category. It explains brain development: 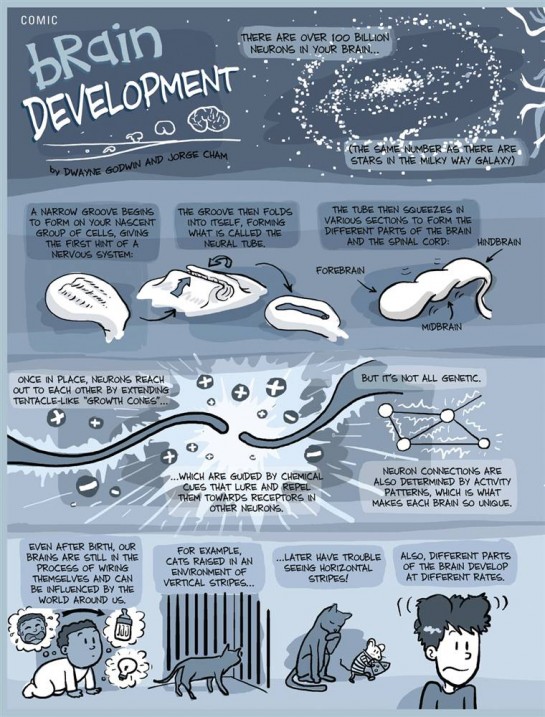 The second, is… a jellyfish burger. 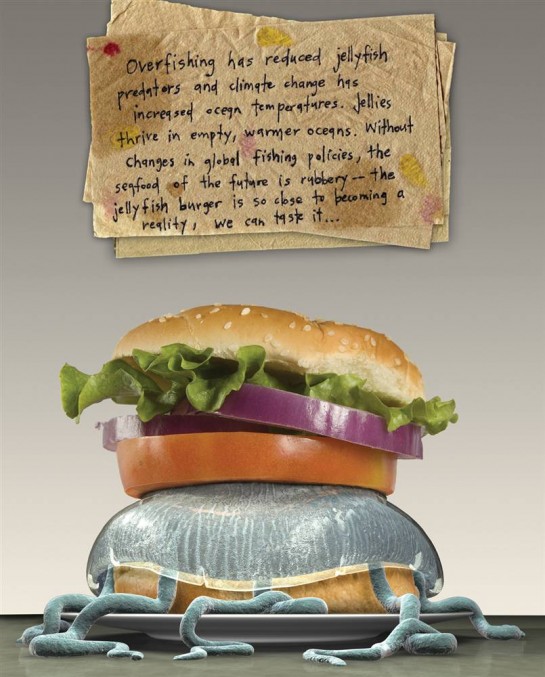 Yeah, I don’t know what that’s about. See pics of the other winners on msnbc. Why the NSF doesn’t post pics on its own site is beyond me. I’m so confused.