Remember the NSF visualization challenge announced at the beginning of this year? Nine months have come and gone, and the winners (and several honorable mentions), from five categories, were announced today. Above is Life in a Biofilm, which won honorable mention in the Informational Graphics category, by Andrew Dopheide and Gillian Lewis from University of Auckland.

The five categories were:

Naturally, visualization of scientific phenomena dominated the field, but there were also some others in the mix as well. Here are a few of my favorites.

Squid Suckers: The Little Monsters That Feed the Beast by Jessica D. Schiffman and Caroline L. Schauer from Drexel University 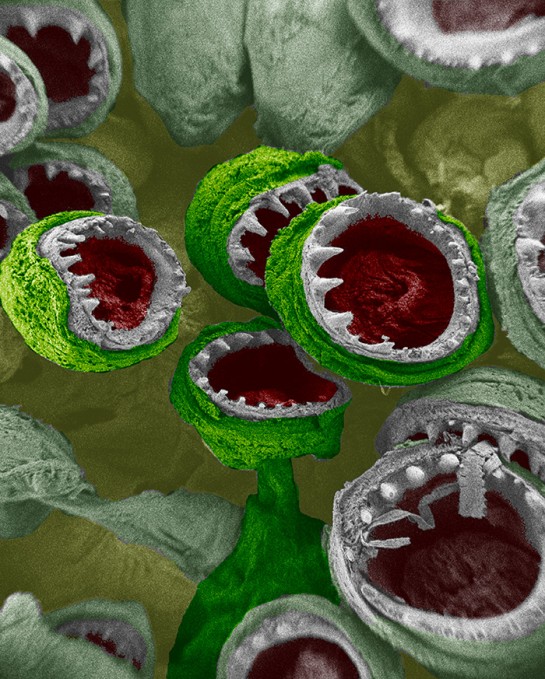 It’s a beautiful piece of art depicting the human circulatory system that won first place in the Illustrations category. Look at all the blood and stuff coming out of the jolly giant.

Visualizing the Bible was really the only non-sciencey one out of the bunch. It got honorable mention in the Illustrations group. Haven’t we seen this one before? I think we have. 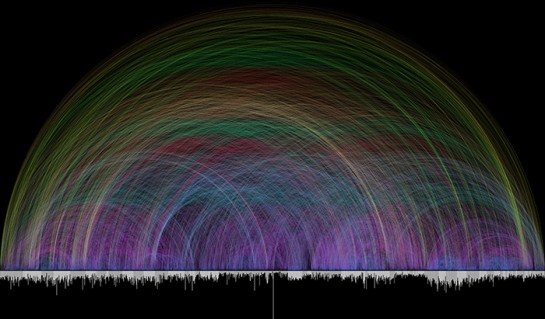 Congratulations to all the winners. Great work. Check out the other winners of the NSF visualization challenge at the NSF news page.