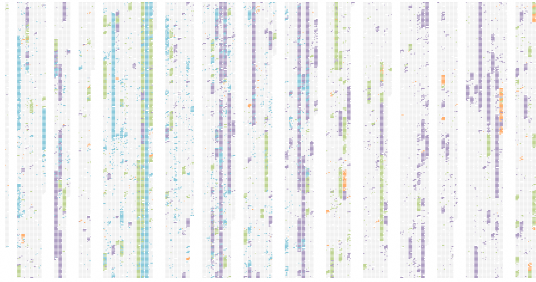 It was a huge year for data. There’s no denying it. Data is about to explode.

Applications sprung up left and right that help you understand your data – your Web traffic, your finances, and your life. There are now online marketplaces that sell data as files or via API. Data.gov launched to provide the public with usable, machine-readable data on a national scale. State and local governments followed, and data availability expands every day.

At the same time, there are now tons of tools that you can use to visualize your data. It’s not just Excel anymore, and a lot of it is browser-based. Some of the tools even have aesthetics to boot.

Data has been declared sexy, and the rise of the data scientist is here.

With all the new projects this year, it was hard to filter down to the best, but here they are: two honorable mentions and the five best data visualization projects of 2009. Visualizations were chosen based on analysis, aesthetics, and most importantly, how well they told their story (or how well they let you tell yours).

The MTV VMA Tweet Tracker, a glorified bubble chart from Stamen Design and Radian6, showed the buzz on Twitter over the MTV VMAs. As I watched iJustine talk about the visualization on television, pointing out highlights in the bubbles and tags, I thought, “Visualization sure has branched out.” Plus, the explosion of Kanye West’s face on my computer screen was hilarious. 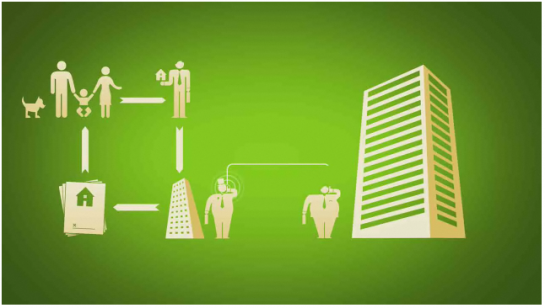 We all know there were major problems going on with banks and credit this year, but it’s a safe bet that most didn’t quite know why. Jonathan Jarvis attempted to explain with his thesis project, Crisis of Credit Visualized. It isn’t perfect, and it doesn’t explain every detail, but it does explain a lot. 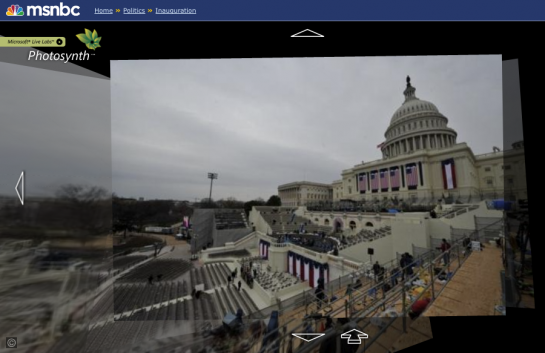 Photosynth, by Microsoft Live Labs, smartly strings photos together to create something of a browsable 3-D environment. It was actually released last year. I don’t think it was really put to good use until this year though. With the inauguration of President Barack Obama, a historic event people won’t soon forget, MSNBC used Photosynth to provide a view of the inaugural stands. 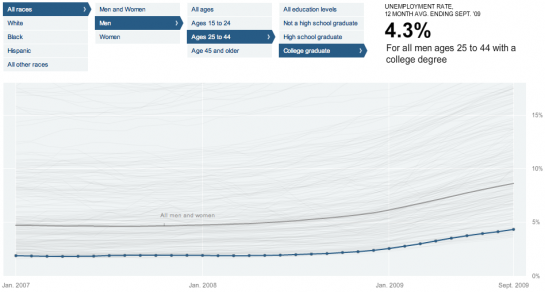 Unemployment rate was another important and recurring topic this year, and there were a lot of visualizations – maps, bar charts, and graphics – that showed it. None did it better than Shan Carter, Amanda Cox, and Kevin Quealy of The New York Times. In The Jobless Rate for People Like You, we were able to see the changes over time and filter down to different demographics. Transitions and browsability were top notch.

3. OpenStreetMap: A Year of Edits 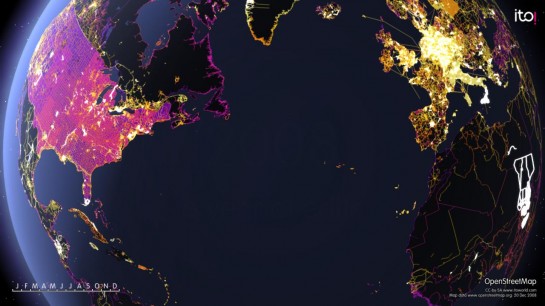 OpenStreetMap: A Year of Edits showed all the changes to OpenStreetMap data in 2008. The visualization itself, by ITO, is beautiful, and what the animated map represents – a worldwide effort in providing an accurate geographic data source – is even more amazing.

Protovis, from the Stanford visualization guys Mike Bostock and Jeffrey Heer, is a “graphical approach to visualization.” More importantly, it uses Javascript and SVG for web-native visualizations, which is where things are headed with, uh, visualization on the Web. True, there are plenty of Javascript libraries that let you make basic graphs, but none are nearly this advanced, and true, Protovis doesn’t work in all browsers, but if you’re reading this, you’re probably smart enough to be on a modern browser, unless you’re locked into Internet Explorer at work.

1. On the Origin of Species: The Preservation of Favoured Traces 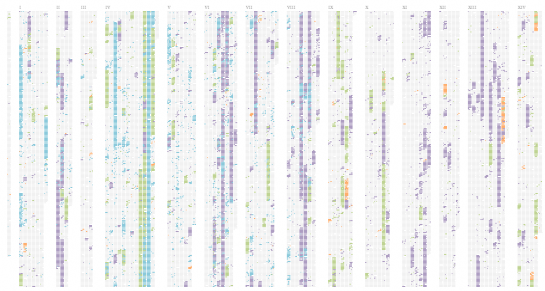 On the Origin of Species, by Ben Fry, shows the changes to Charles Darwins’ theory of natural selection, over time. I think a lot of you missed this one, because I posted it on Labor Day, but nevertheless, it’s an elegant visual. It’s a simple concept executed really well. Origin shows the full growing (and shrinking) text as little blocks with an emphasis on the evolution of Darwin’s ideas. They were 20 years in the making.

Origins is actually an offshoot of a much larger project yet to be released (if ever), according to Fry, so I’m of course really looking forward to seeing the rest.

There you have it. It’s the top five visualizations of 2009. There was a lot of great stuff churned out this year, and no doubt next year will be even better.

Back to you – what do you think was the best visualization of the year? Leave your picks in the comments below.