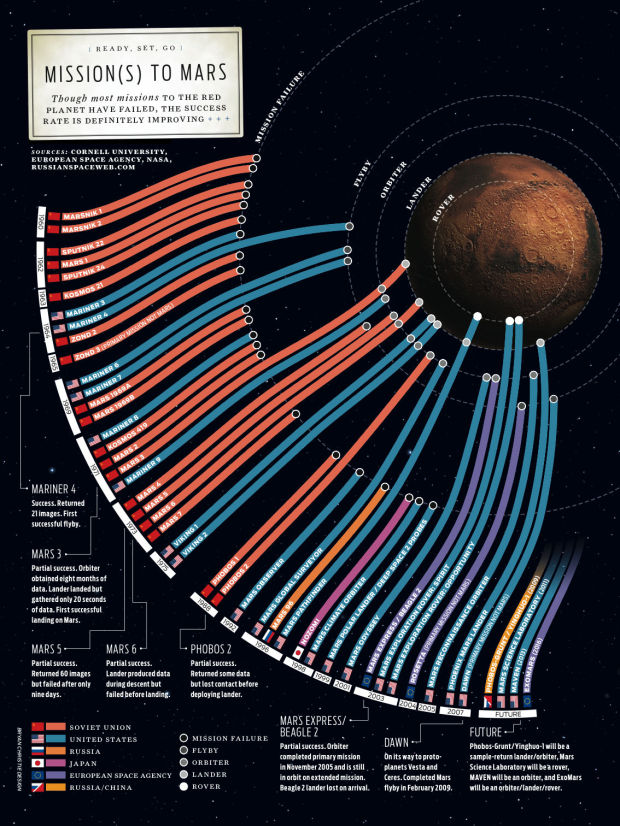 The above graphic shows missions to mars starting in 1960 to present (top to bottom). Paths are colored by country, and as you can see it’s been a lot of missions from Europe and the United States lately. Obviously the farthest we’ve gone is with the rover with more to come.

(I couldn’t figure out where the graphic originally came from. Anyone know?)

[via Fast Company | Thanks, Travis]