Forbes, with the help of Mavin Digital, ranked and mapped cities based on the seven deadly sins – lust, gluttony, avarice, sloth, wrath, envy, and pride.

For each sin we stretched our imagination to find a workable proxy–murder rates for wrath, per capita billionaires for avarice–then culled the available data sources to rank the cities. Some of the results were surprising: Salt Lake City as America’s Vainest City. Some were not: Detroit as America’s Most Murderous.

It’s always good to remember to take these with a grain of salt, since you don’t really know much about the metrics used and how useful these metrics really are. Usually, rankings like these involve a lot of assumptions about the data.

They are of course still interesting and fun to look at though. Apparently, I moved from one America’s most gluttonous cities to one of the most violent and lustful. 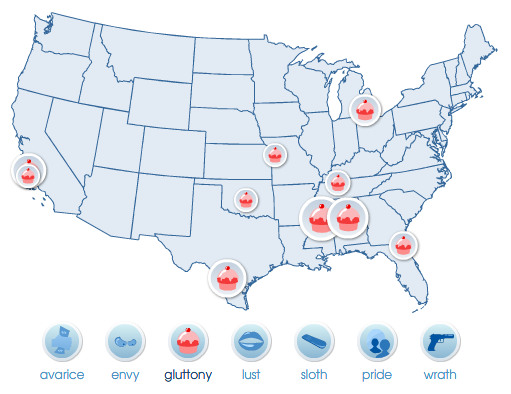 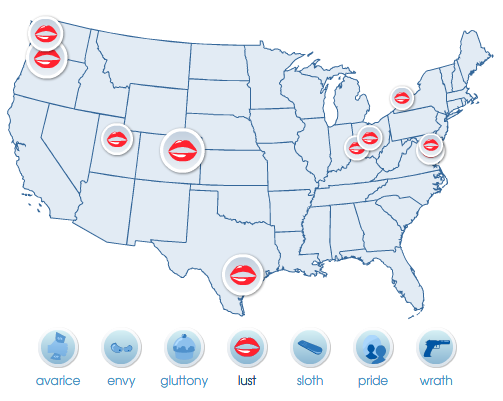