A lot of galaxies 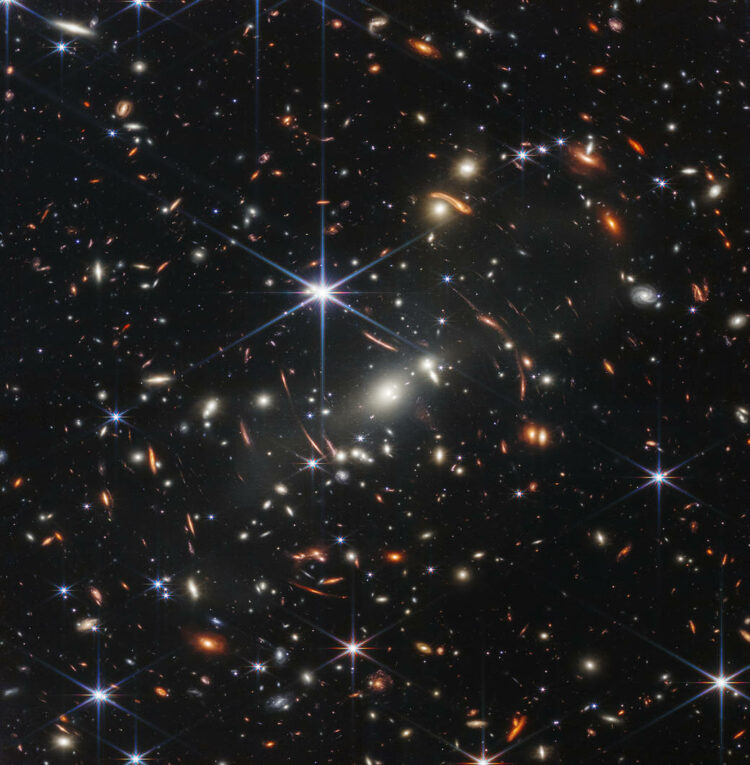 NASA released an image from the Webb First Deep Field telescope, which shows a whole lot of galaxies:

Thousands of galaxies – including the faintest objects ever observed in the infrared – have appeared in Webb’s view for the first time. This slice of the vast universe covers a patch of sky approximately the size of a grain of sand held at arm’s length by someone on the ground.

We are tiny specks.