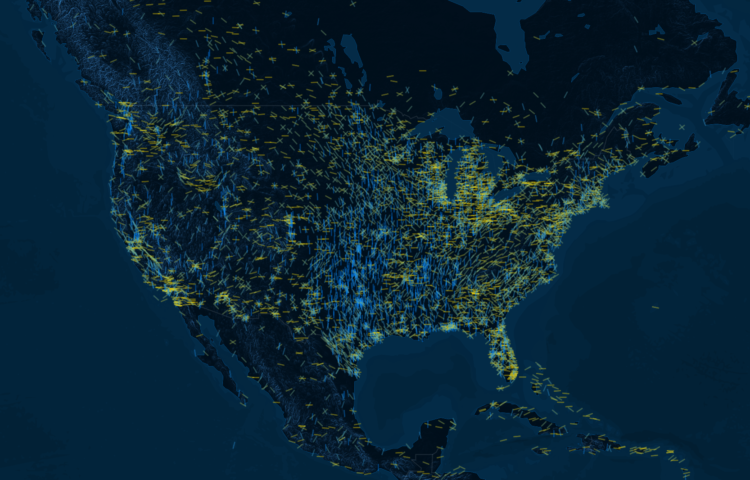 Airport runways orient certain directions that correlate with wind direction in the area. It helps planes land and take off more easily. So, when you map runways around the world, you also get wind patterns, which is what Figures did:

Winds circulate around the globe, forming patterns of gigantic proportions. These patterns become part of human culture and are reflected in our architecture. They are hidden designs, mapping the complexion of the earth, which we can uncover. By orienting on the direction of general winds, airports recreate wind patterns, forming a representation of a global wind map with steel and stone, thus making the invisible visible.