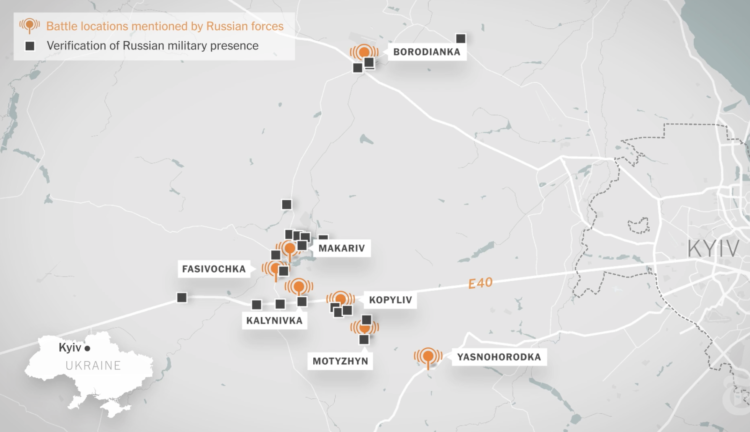 The New York Times analyzed Russian radio communications near Kyiv. The unencrypted transmissions, which anyone with a ham radio could record and even interject in, seem to suggest logistical mistakes early on.

The mixed media piece, driven primarily by audio, adds another dimension to the wideout map views of the invasion.