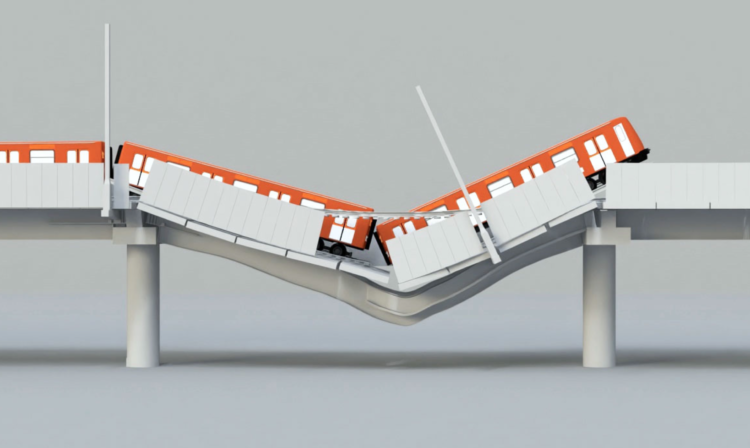 The New York Times investigated the collapse of the Metro, which killed 26 people. They explain their findings with a 3-D model of the train and the tracks:

The Times took thousands of photographs of the crash site and shared the evidence with several leading engineers who reached the same conclusion: The steel studs that were vital to the strength of the overpass — linchpins of the entire structure — appear to have failed because of bad welds, critical mistakes that likely caused the crash.

Impressive use of visuals and scrollytelling to take you through the seemingly small mistakes that added to a terrible outcome.