All the art in the Oval Office 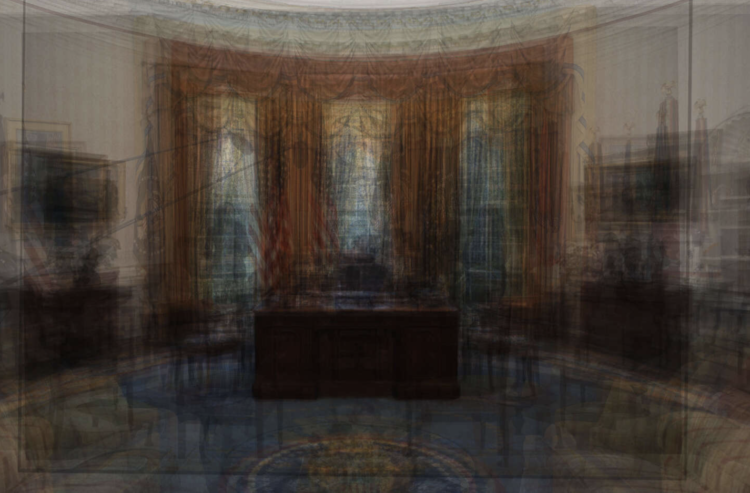 The President of the United States chooses the art for the Oval Office, and the choices show who the president admires or the image they want to project. Larry Buchanan and Matt Stevens for The New York Times take you through all of the choices since the Kennedy administration.

About half way through the piece, an averaged image of the office through several presidencies shows what changes and what stays the same. Usually these averaged images feel gimmicky or don’t show you much, but as a lead in to separate pictures, the blurred image works.