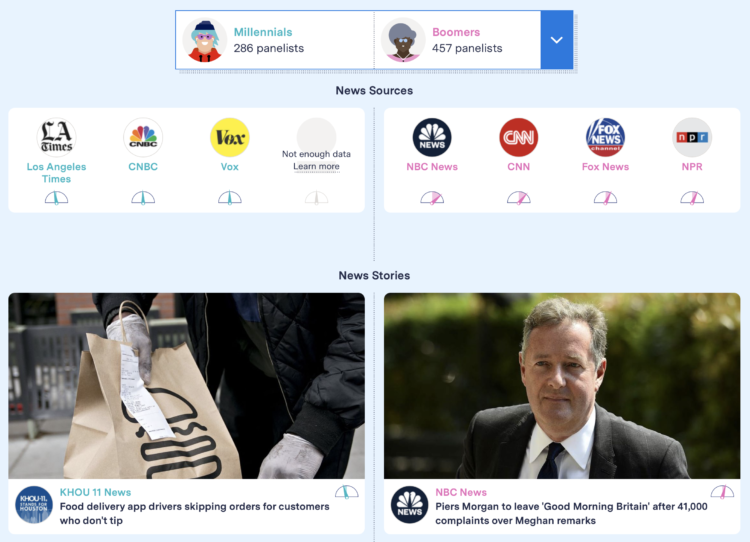 As part of their Citizen Browser project to inspect Facebook, The Markup shows a side-by-side comparison between Facebook feeds for different groups, based on the feeds of 1,000 paid participants.

There are pretty big differences for news sources and group suggestions, but the news stories don’t seem as big as you might think with a median 3 percentage points difference between groups. Although, the distribution shows a wider spread.