Where ICUs are near capacity 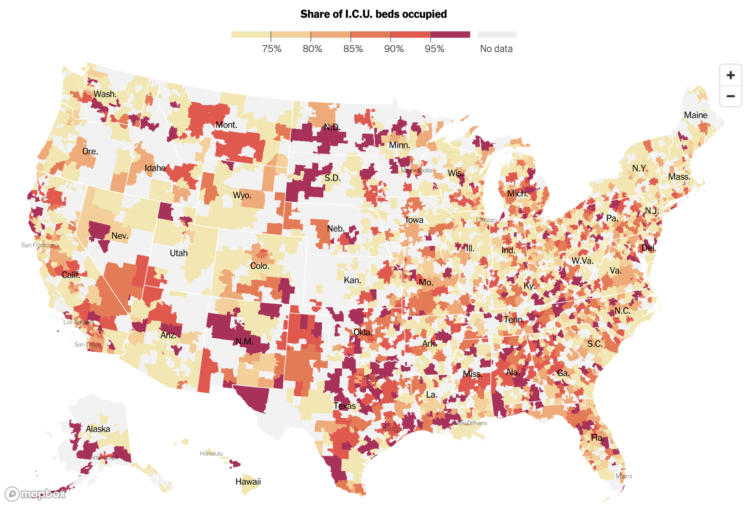 More than a third of Americans live in areas where hospitals are running critically short of intensive care beds, federal data show, revealing a newly detailed picture of the nation’s hospital crisis during the deadliest week of the Covid-19 epidemic.

Hospitals serving more than 100 million Americans reported having fewer than 15 percent of intensive care beds still available as of last week, according to a Times analysis of data reported by hospitals and released by the Department of Health and Human Services.

It only took HHS many months into a pandemic to release the facility-level dataset.