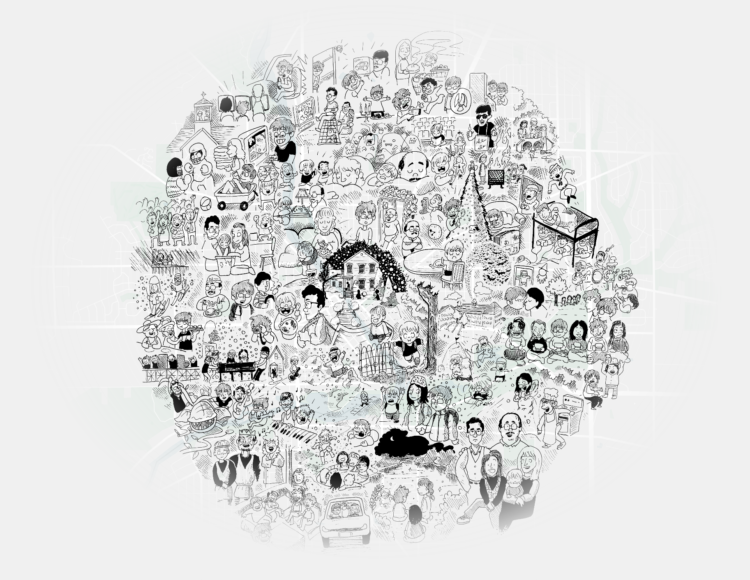 Dots on a map can feel like, well, just a bunch of dots. Dylan Moriarty zoomed in on the dot of his hometown, making the dot feel more real:

The map concept at the top of this piece has been kicking in my head for a long while. Came from a dream: Meandering in a museum space, from far, far away you see a map introducing a new exhibit on New York City. Walking closer, the standard .NEW YORK CITY dot became more detailed until you’d get to up close and discovered that each inch had a drawing detailing that block’s history. A historical illustration with the energy and detail of a Where’s Waldo page. No doubt inspired by the wonderful 1981 illustrated map of Chicago gangs.

This is very good.