Cataloging all the house number styles 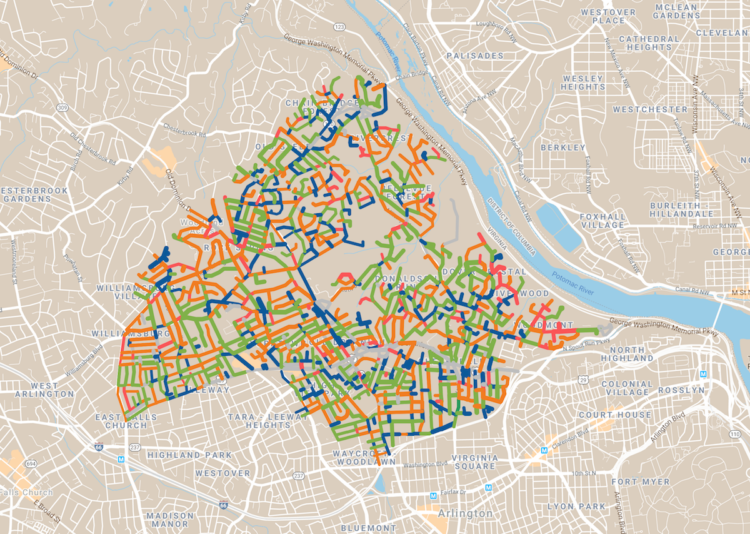 Dan Kois walked all of the blocks in his ZIP Code and collected data on whether houses used serif or sans serif fonts for their house numbers:

Between March 10 and May 25, I walked every street in Arlington, Virginia’s 22207, a total distance of about 200 miles, according to my Fitbit. The ZIP code covers a lot of territory, 6.37 fairly densely populated square miles, from the Potomac River and the Washington border at the east to East Falls Church and the McLean border at the west. It includes some of Virginia’s richest and whitest neighborhoods, but also a number of apartment buildings and townhouses along Lee Highway and the historically Black middle-class neighborhood of Hall’s Hill.

Here’s the final result in a Google map. There doesn’t seem to be much of a pattern in Kois’ ZIP code, but it’s a good walking exercise. I wonder what other types of data one might collect while walking a large area.