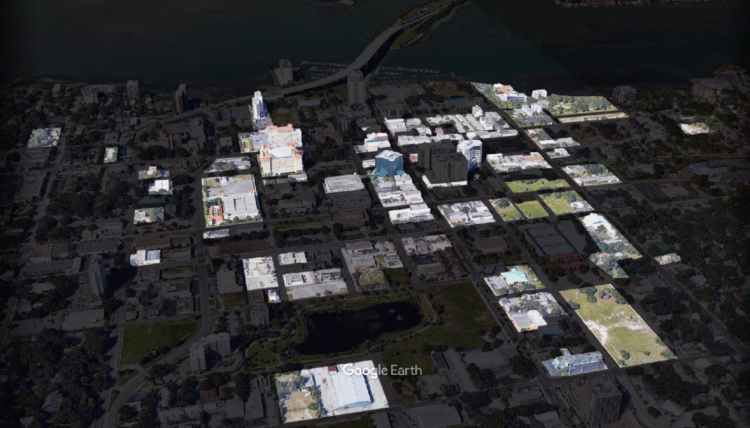 For Tampa Bay Times, Tracey McManus and Eli Murray delve into the purchasing of properties Clearwater, Florida by the Church of Scientology:

The Church of Scientology and companies run by its members spent $103 million over the past three years buying up vast sections of downtown Clearwater.

They now own most commercial property on every block within walking distance of the waterfront, putting the secretive church firmly in control of the area’s future.

Most of the sales have not previously been reported. The Tampa Bay Times discovered them by reviewing more than 1,000 deeds and business records, then interviewed more than 90 people to reconstruct the circumstances surrounding the transactions.

The lead-in scrollytelling through Clearwater is quite effective in laying the foundations of the story.