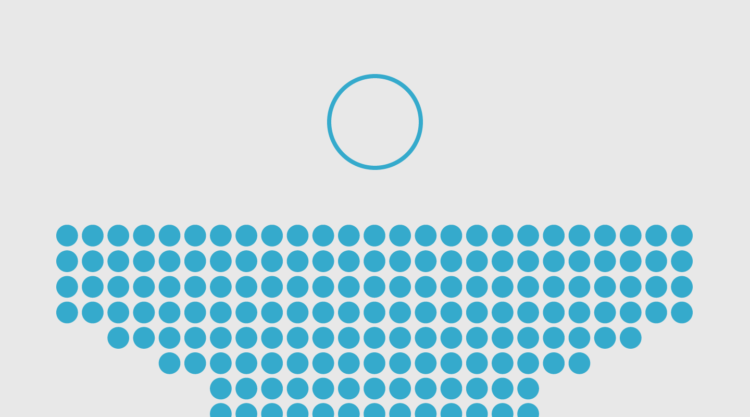 This week’s issue is public.

Warning: This week’s issue talks about sexual harassment at DataCamp.

DataCamp, a platform for learning data science online, posted a note about a sexual harassment incident that occurred a couple of years ago at a company offsite:

Specifically, in October 2017, at an informal employee gathering at a bar after a week-long company offsite, one of DataCamp’s executives danced inappropriately and made uninvited physical contact with another employee while on the dance floor. The employee raised a concern with a manager a few months later about the executive’s behavior that night, at which time the executive apologized to the employee. DataCamp immediately and thoroughly investigated the incident. The investigation was conducted by a third party not involved in DataCamp’s day-to-day business with guidance from outside legal counsel. It included discussions with the employee, the executive, and other employees who were present during the incident. Its findings determined how we describe what happened and how we responded.

Quickly, more about how DataCamp actually responded came to light.

As outlined by Dhavide Aruliah, a day before the post, a letter signed by a hundred DataCamp course instructors and employees demanded transparency about the incident. In 2018, Aruliah used to work for DataCamp until he voiced his concerns about the incident. He was fired three days later.

Soon after the DataCamp announcement, Kara Woo revealed that she was the unnamed employee referred to in the DataCamp note:

This story is out in the open now, so I guess I might as well say that the unnamed employee in the DataCamp post was me.

I haven’t talked publicly about this experience before. That’s been a complicated decision, but for me it’s been the best way to try to move on with my life.

I didn’t know they were going to publish this post, but now that it’s out I appreciate everyone who has responded to say that what happened is not okay.

What happened to me is all too common, and it is not ok. If anyone else is struggling with similar situation: you deserve better, and you have my support. ❤️

Woo doesn’t work at DataCamp anymore. The executive still does. Inaction and trying to sweep things under the rug seems to be the recurring theme.

For several months prior, instructors tried to negotiate with DataCamp for more transparency, but there was nothing until the signed letter arrived. From Julia Silge, one of the negotiating instructors and one of the authors of the letter:

I was one of the signers of the letter, and in fact was one of the writers of the letter as well as one of the folks who helped organize this group action. This letter came after many months of instructors like me attempting to engage with DataCamp in productive discussion. It did not threaten to go public or call for the executive’s firing, but it did bring up how the growing rumors and uncertainty around misconduct at DataCamp have been a problem for the personal reputations of instructors. For example, I have had people I don’t know come up to me at conferences and say things like, “I heard something bad happened at DataCamp. What’s up?”

Last week, Bob Rudis highlighted how the DataCamp post contains a meta tag in the HTML that tells search engines not to index. It’s still there. It’s not there for other blog posts.

The inaction and silence continues to add fuel to the fire.

We are very disappointed by the way DataCamp handled the sexual assault of an employee by a C-level executive. We strongly support the target who is a member of our community and condemn DataCamp for their lack of accountability and transparency around this issue.

They recommend canceling subscriptions, removing any links to the site, and basically scrubbing away DataCamp altogether until further action is taken.

In light of the recently disclosed incident of sexual harassment at DataCamp and their response to it, including the attempt to conceal their public acknowledgement from search engines, we want to share the steps that we have taken:

We have removed all links to DataCamp from our websites and have requested that DataCamp stop using our instructors’ names and likenesses on their website.

We have indefinitely suspended discussions with DataCamp for a new content license agreement to replace our existing agreement, which is set to expire shortly and is not being renewed.

We are unequivocally opposed to harassment or assault of any kind, in or out of the workplace. We want #rstats to be a welcoming and inclusive community, and that cannot occur without first ensuring that everyone is safe.

I’ve done the same on FlowingData. They sponsored FD back in 2015, which just feels sour now.

Noam Ross, who has a course on DataCamp, voiced his own frustrations and told people not to take his course:

The instructors who led the effort were patient, despite months of frustrating conversations with DataCamp. They kept the matter private to avoid dragging the target of the incident into the fray. They kept the focus on DataCamp leadership and policy to avoid putting other employees in an awkward place. They gave DataCamp every opportunity to explain themselves, change course, and own the public narrative. A company should count itself lucky to have such constructive critics.

It’s clear that without enormous public pressure, DataCamp will not take sufficient disciplinary action against the executive.

My course on DataCamp is Nonlinear Modeling in R with GAMs. It’s about Generalized Additive Models, tools I find quite handy and that I’d love to teach you more about. My contract with DataCamp gives them license to keep using it. Please don’t take my course. Don’t give DataCamp your money and send the message that sexual misconduct doesn’t have consequences.

And more news keeps coming in. More instructors are telling people to boycott DataCamp. The more I read, the more disconcerting it gets, so I’ll just press pause here.

I hope DataCamp can figure out what the heck is going on in their higher ranks. It does seem like DataCamp provides a useful service for many, but they don’t seem to care about much outside selling their product. That just doesn’t work.

If any good came of this, it is comforting to see the wider data community show their support. The welcoming nature was one of the main reasons why I switched to Statistics many years ago. Let’s keep it that way.

Thank you for supporting FlowingData as a member. If you have any comments, feedback, or questions, please feel free to reply to this email. Otherwise, see you next week.