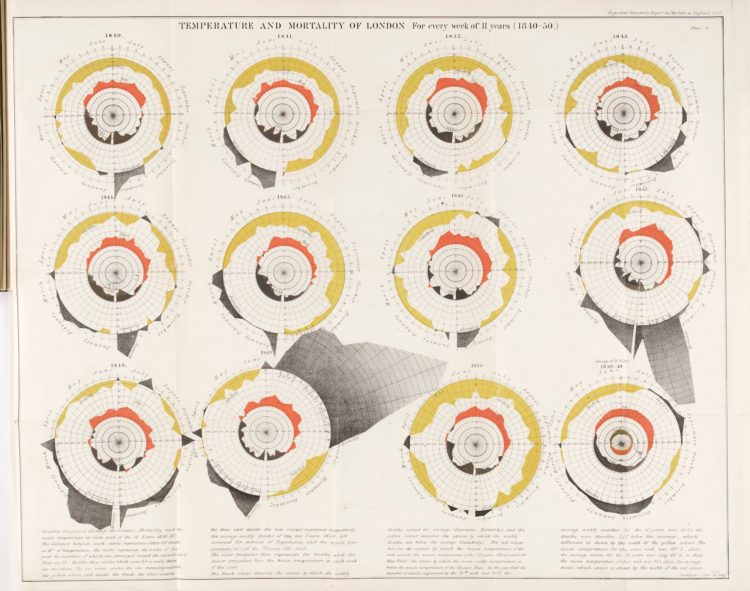 John Snow, who often gets the credit for showing the geographical patterns of a cholera outbreak in London in 1854, wasn’t the only one visualizing data at the time. James Cheshire put together a collection of other charts made at the time.

[I]t wasn’t just Snow producing innovative maps and charts to support his cause. Snow was part of an arms race to get the best data communicated by the most compelling maps/ charts, to evidence his side of the debate against his contemporaries – people like William Farr who was also a master data visualiser.