Knitters and the neural network-trained machine 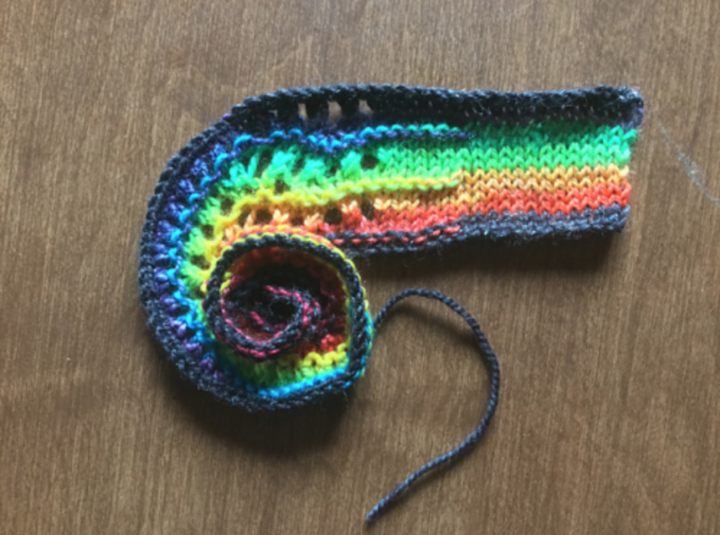 Janelle Shane, who likes to play with output from neural networks, teamed up with knitters in a discussion forum to produce abstract designs. Shane generates the knitting patterns, and the knitters bring the computer output to life. She calls the project SkyKnit.

The neural network produces slightly flawed instructions, but the knitters can figure things out:

Knitters are very good at debugging patterns, as it turns out. Not only are there a lot of knitters who are coders, but debugging is such a regular part of knitting that the complicated math becomes second nature. Notation is not always consistent, some patterns need to be adjusted for size, and some simply have mistakes. The knitters were used to taking these problems in stride. When working with one of SkyKnit’s patterns, GloriaHanlon wrote, “I’m trying not to fudge too much, basically working on the principle that the pattern was written by an elderly relative who doesn’t speak much English.”

Love the meeting between people and computer. [via The Atlantic]