A musical journey in 1939, retold with visualization 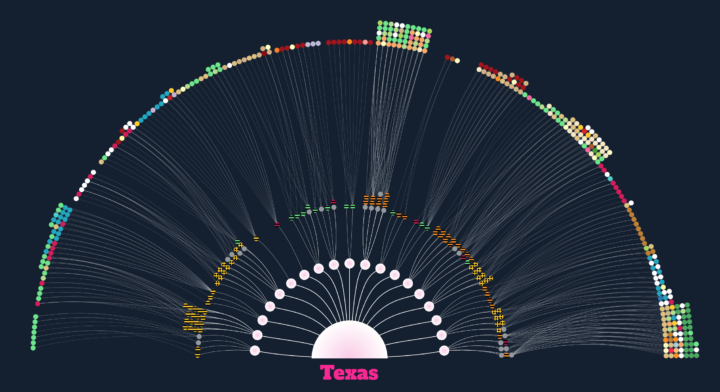 In 1939, John and Ruby Lomax traveled through ten southern states in three months. They recorded music by individuals with the belief that the subtleties of music culture is best captured when a person plays for another face-to-face.

The Texas Folklore Society’s founding members shared with Lomax a sense that their state’s rich folklore needed to be documented and preserved for the analysis of later scholars. Nascent technology such as the radio and the gramophone, it was feared, would end the age-old tradition of transmitting music and lore directly from one person to the next. With professional musicians’ works being piped into homes across the country, the purity of traditional music, its particularities of region, religion and ethnicity, could be lost forever.

Aditya Jain tells the story of the Lomax’s journey, visualizing the bits they collected and archived along the way. [via @blprnt]