Apollo 11 conversations on the way to the moon 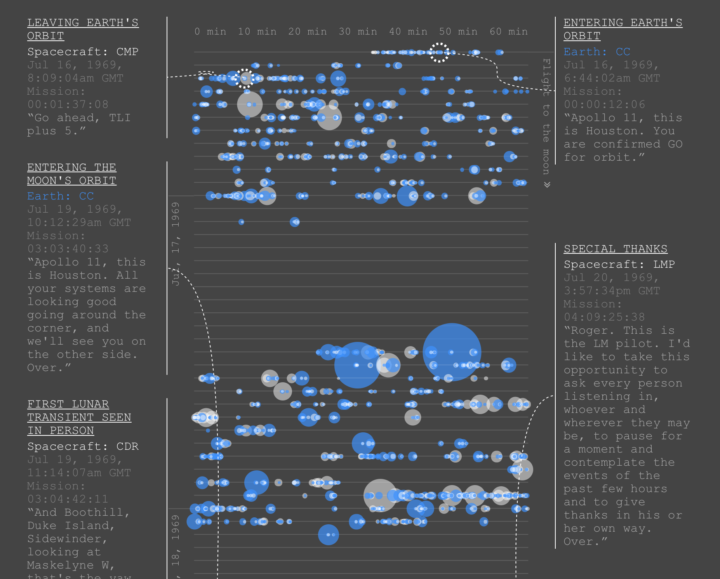 As you can imagine, there was plenty of conversation between Earth and Apollo 11 en route to the moon. Nicholas Rougeux visualized the back and forth with an interactive timeline.

During the historic mission to the moon and back, some of the most famous words ever said were transmitted between the Apollo 11 spacecraft and Earth. Between those icons moments was a great deal of chatter—mostly about technical matters but also about how the Earth looked from space, bounding around on the moon, and even sandwiches.