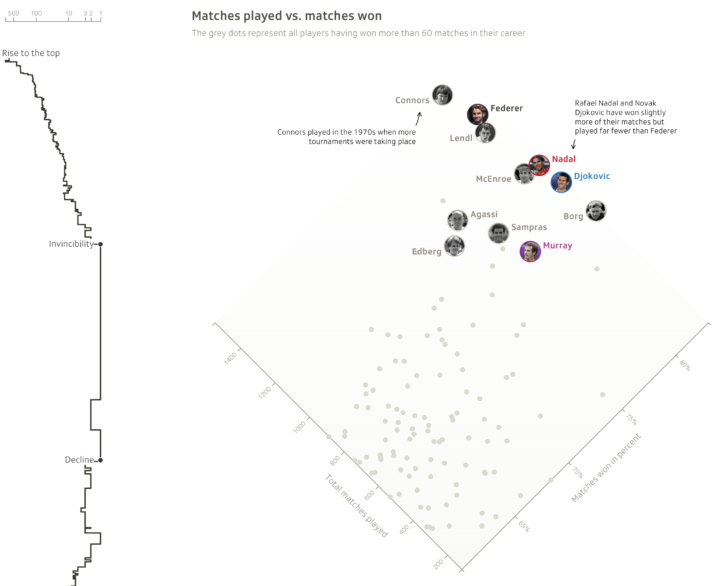 Professional tennis player Roger Federer won his 20th Grand Slam title recently. He’s in year 20 of his career, and over time, he rose, he dominated, he declined, and he came back. Schweizer Radio and Fernsehen visualized Federer’s achievements over the years and compared him to other tennis stars in the process.

It reminds me of the Serena Williams piece by The Los Angeles Times a while back. This one is more refined though. I especially like the updating time series line that stays with you as you scroll. It shows where you are contextually, and provides progression for different parts of Federer’s career.