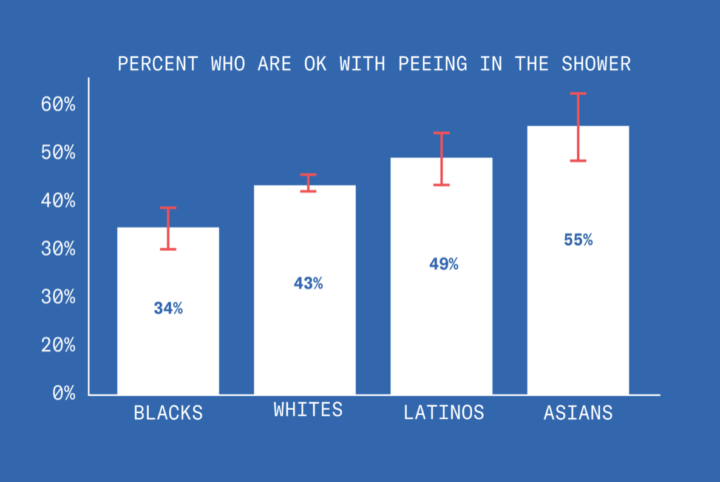 For the past few months, Cards Against Humanity polled the American public to ask important questions such as whether or not it is okay to pee in the shower.

To conduct our polls in a scientifically rigorous manner, we’ve partnered with Survey Sampling International — a professional research firm — to contact a nationally representative sample of the American public. For the first three polls, we interrupted people’s dinners on both their cell phones and landlines, and a total of about 3,000 adults didn’t hang up immediately. We examined the data for statistically significant correlations, and boy did we find some stuff.

The poll is in the context of political leanings, which leads to some interesting cross-sections.

Maybe the best part though is that CAH will continue to poll for a full year, and you can download the data, which I am sure makes for a fun class project. They are also asking social scientists for question suggestions that would otherwise go unasked by more traditionally funded public polling.