Where students learn the most 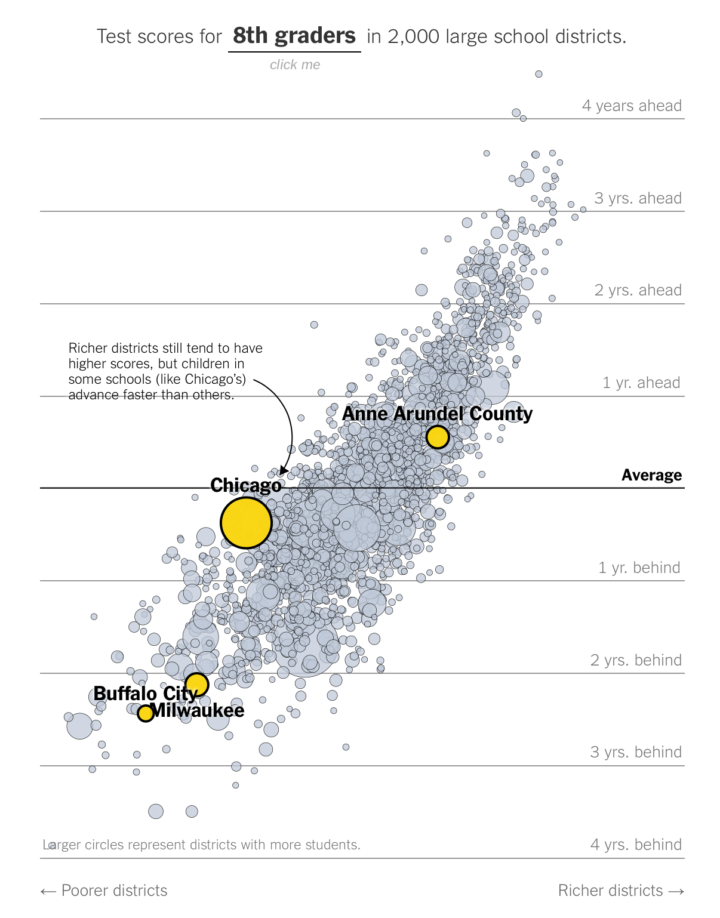 Emily Badger and Kevin Quealy, reporting for the Upshot, highlights research from Sean Reardon, a professor of poverty and inequality in education. Reardon’s research suggests that the relationships between income and standardized test scores should be reevaluated.

This new data shows that many do overcome them. It also suggests that states that rate schools and select which ones to reward or shutter based on average test scores are using the wrong metric, Mr. Reardon argues. And so are parents who rely on publicly available test scores to identify what they believe are the best school districts — and so the best places to live.

“Most people think there’s some signal in that,” Mr. Reardon said of average test scores. “But it’s a pretty bad signal.”

The interactive charts in the article let you peek at how school districts in your area compare to each other and nationally.