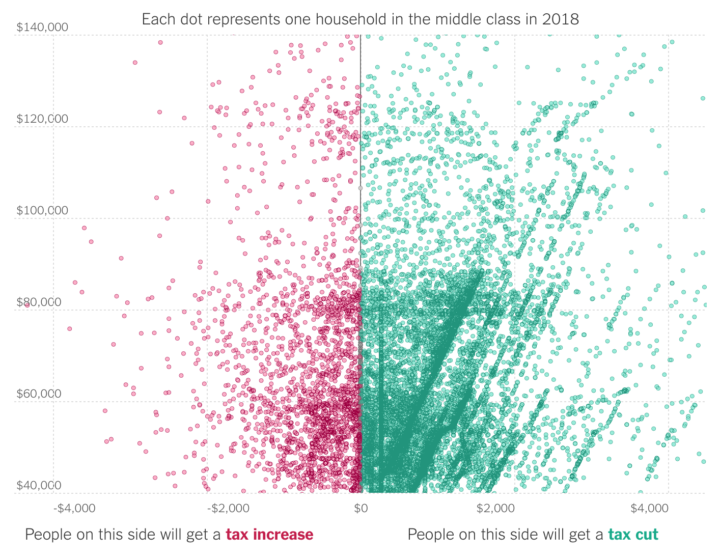 A lot of tax debate centers around the “average” American family, with focus on both tax cuts and increases for what seems like the same groups of people. The difficulty in these arguments is that there’s a ton of variation within the same income brackets because of the various factors to consider in tax calculations.

Quoctrung Bui and Ben Casselman, reporting for The Upshot, explain with 25,000 example households plotted by the tax delta and income.