LaVar Ball trolling to the top, through a tweet count lens 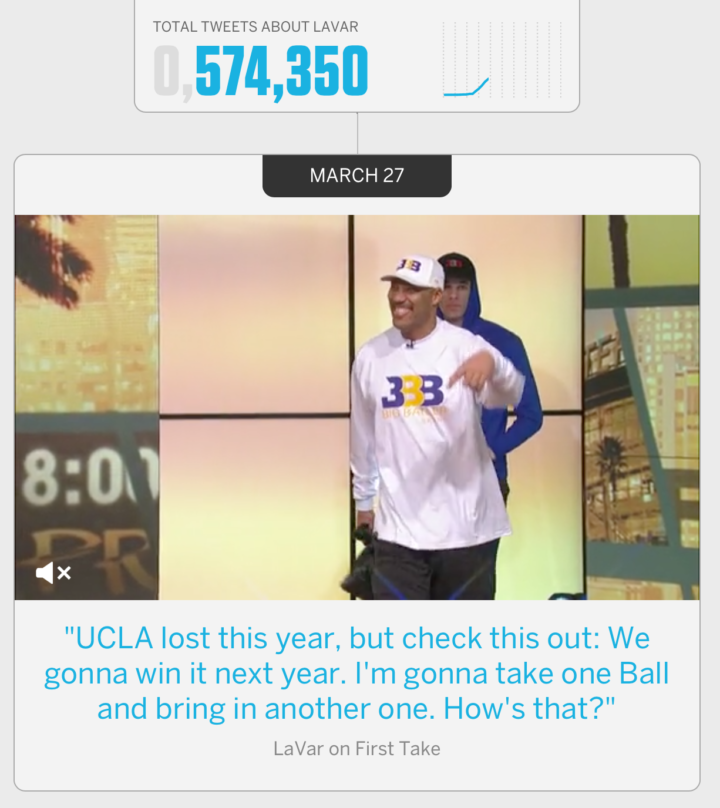 I didn’t know who LaVar Ball was, and suddenly, it was non-stop sports news about the Ball family. If you’re unfamiliar, LaVar Ball is the father of a now professional basketball player. Before his son was drafted by the Los Angeles Lakers, Ball garnered attention for saying trollish things like he could’ve beat Michael Jordan one-on-one in his heyday.

Anthony Olivieri for ESPN outlines the rise of the loud talker using a simple tweet count and line chart as the backdrop.