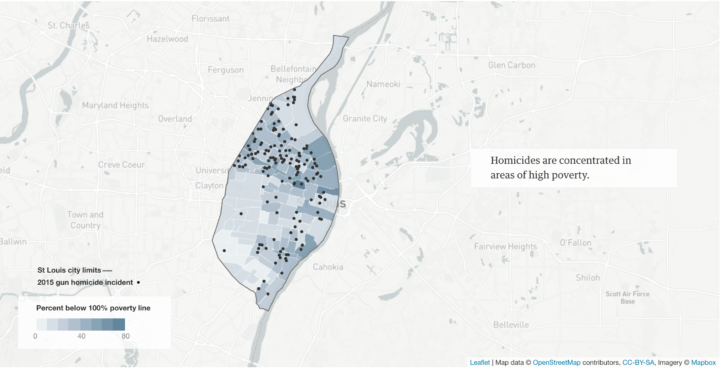 Sometimes data can look really noisy when you zoom in close, and so you zoom out to get a better look at an overall trend. Sometimes it goes the other way. The Guardian looks at gun violence data at the local, census tract level, to focus on not just cities, but the clusters within the cities.

America’s gun policy debate is usually driven by high-profile mass shootings that seem to strike at random, and it focuses on sweeping federal gun control or mental health policies. But much of America’s gun homicide problem happens in a relatively small number of predictable places, often driven by predictable groups of high-risk people, and its burden is anything but random.

I like the scroll action that first shows the map with randomly distributed dots and then transitions to reality. Drives the point home.