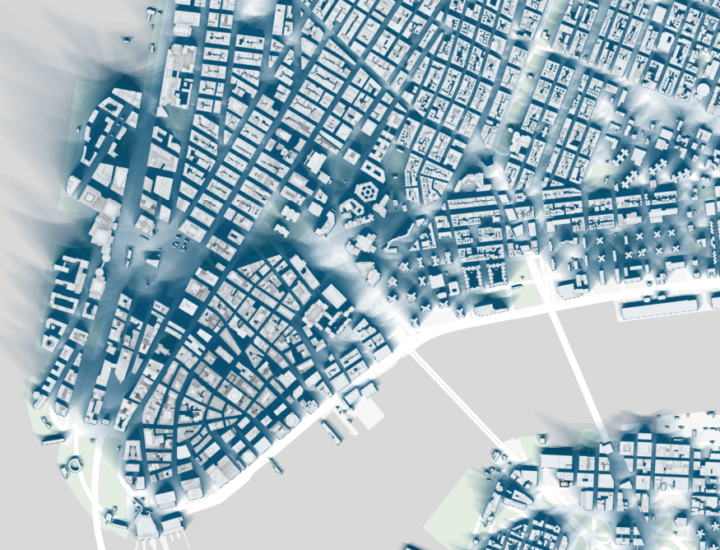 Shadows cast by buildings affect the feel and flow of a city, and lack of sunlight can change aspects of daily living, such as rent. In a place like New York City, where there are tall buildings aplenty, the effects are obvious. Quoctrung Bui and Jeremy White for The New York Times mapped the darkness.

The results are based on research from the Tandon School of Engineering at New York University:

Calculating the length and shape of a shadow cast from a simple object can be easily done with pen, paper and some basic math. But architects use a more sophisticated method known as ray tracing; it simulates the effects a ray of light can have on a building and its surroundings. Most analyses of shadows study just a few buildings at a time. What made it an interesting problem for the researchers at the Tandon School of Engineering at New York University was how to do it at a scale so you could quickly study whole neighborhoods.