Houston flooding on the rise 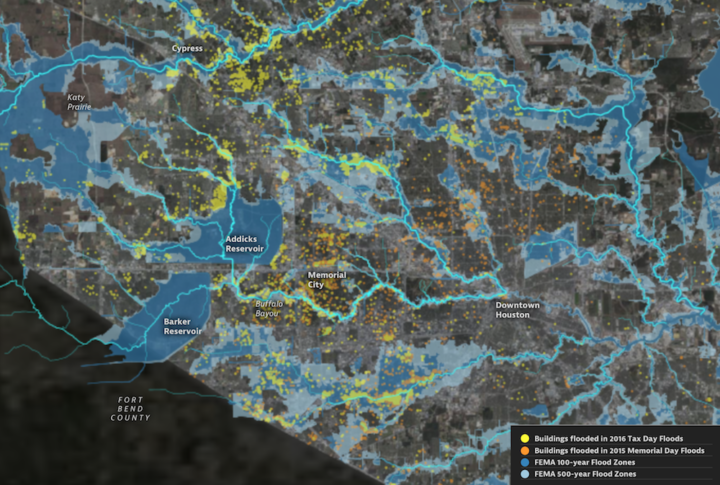 Climate change is doing some weird stuff. What were once rare weather events could grow more common. ProPublica and The Texas Tribune zoom in on Houston, where there’s likely to be much more flooding than usual and not enough residents prepared for the rise.

scientists say climate change is causing torrential rainfall to happen more often, meaning storms that used to be considered “once-in-a-lifetime” events are happening with greater frequency. Rare storms that have only a miniscule chance of occurring in any given year have repeatedly battered the city in the past 15 years. And a significant portion of buildings that flooded in the same time frame were not located in the “100-year” floodplain — the area considered to have a 1 percent chance of flooding in any given year — catching residents who are not required to carry flood insurance off guard.

It’s a scroller with detailed maps of what’s happened in terms of flooding over the past decade or so. “I’m not a scientist” but this seems serious.