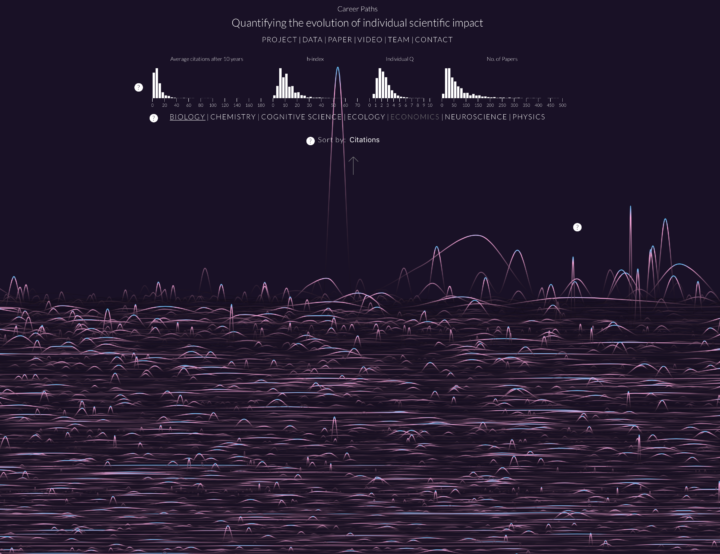 A group of researchers wondered if there was a trend or predictability for when a scientist’s most impactful work came about. It’s random.

[W]e studied the evolution of productivity and impact throughout thousands of scientific careers. We reconstructed the publication record of scientists from seven disciplines, connecting each paper with its long-term impact on the scientific community as quantified by citation metrics. We found that the highest-impact work in a scientist’s career is randomly distributed within her body of work. That is, the highest-impact work has the same probability of falling anywhere in the sequence of papers published by a scientist. It could be the first publication, appear mid-career, or emerge last. This result is known as the random impact rule.

An interactive visualization by Kim Albrecht lets you explore this randomness. Since the main point of the research is really that there is no clear pattern, that’s what you get.

The explainer video by Mauro Martino for Nature is also interesting: