Visions penned by the 18th century king of Prussia 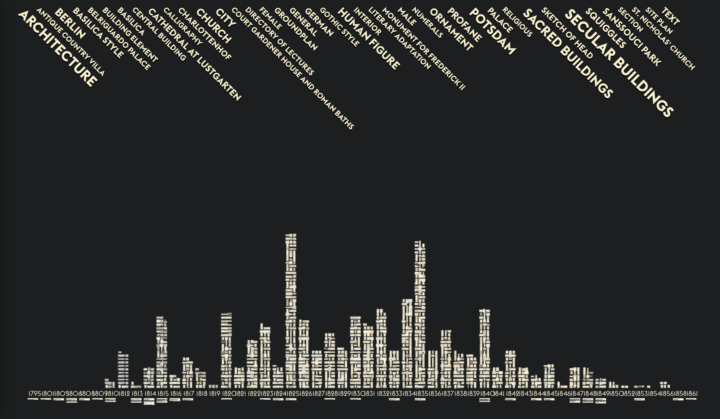 Past Visions, a visual archive of Frederick William IV’s, shows thousands of drawings penned by the Prussian king.

Frederick William IV of Prussia (1795 – 1861) left a collection of drawings behind. They bear witness to historical events such as wars and revolutions, literary influences or personal obsessions with the devil. Numerous sheets reveal the planning eye of the King in the form of architectural visions and dreamy drafts.

Quickly browse the drawings by time and by category, all in high resolution. Nice.