Oil fires in Iraq seen from above 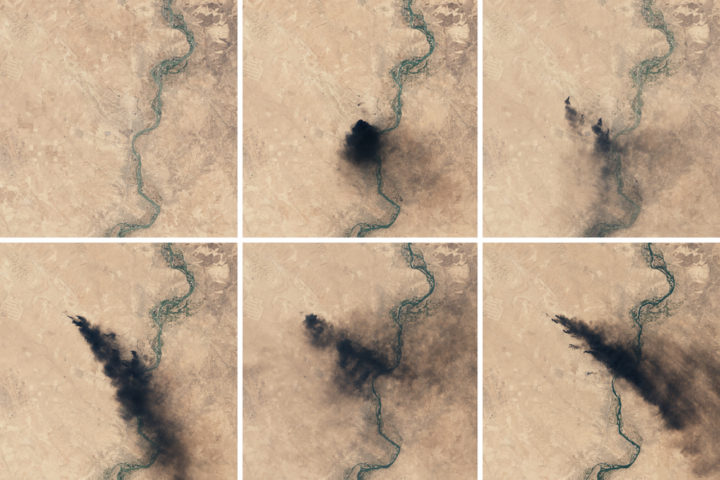 Though far away, there’s still a lot you can see, as the NASA Earth Observatory notes:

On August 17, 2016, the Operational Land Imager (OLI) on Landsat 8 acquired an image (above) of dense smoke plumes roughly 50 kilometers (30 miles) south of Mosul. There appear to be multiple sources of fire, most likely oil wells from the Qayyarah oil field. The images in the grid below show the plumes changing direction and thickness since they were first spotted by Landsat 8 on June 14.