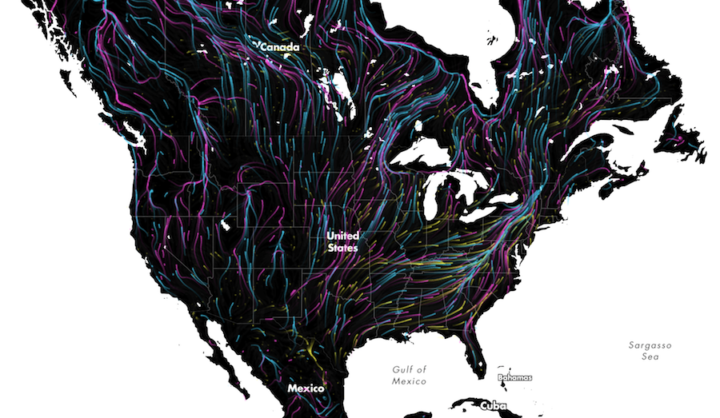 The Migrations in Motion map, by Dan Majka from the The Nature Conservancy, shows modeled animal migrations in North and South America.

Researchers from University of Washington and The Nature Conservancy modeled potential habitat for 2954 species using climate change projections and the climatic needs of each species.

See also Fernanda Viegas and Martin Wattenberg’s wind map and Cameron Beccario’s globe, which were the inspiration for this one.