Mapping words to parts of the brain 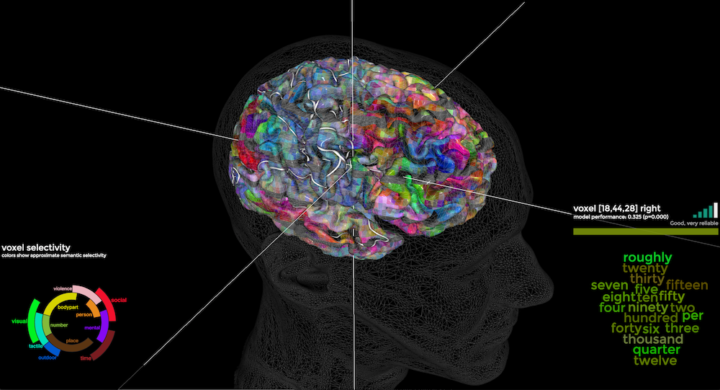 Colors represent semantic categories such as numeric, social, and violent. Just click on a part of the brain to see which words most associated with an area (or a voxel they’re called). Pan, zoom, and rotate for various angles. [via @wattenberg]