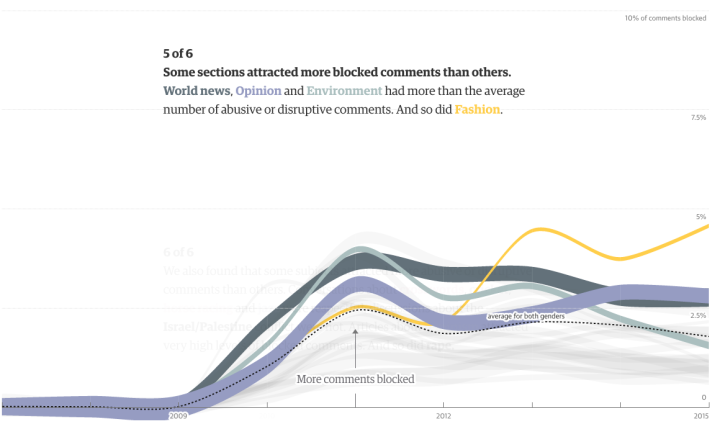 Online comments are an odd entity that can get out of hand quickly, and it only takes one or two sour comments to sully an entire thread. To shed some light on the dark side of online commenting, the Guardian commissioned research for their own archive of 70 million comments.

Although the majority of our regular opinion writers are white men, we found that those who experienced the highest levels of abuse and dismissive trolling were not. The 10 regular writers who got the most abuse were eight women (four white and four non-white) and two black men. Two of the women and one of the men were gay. And of the eight women in the “top 10”, one was Muslim and one Jewish.

This is why I closed comments a couple of years ago. I wasn’t get any abuse, but at some point it was like every comment was either really negative, self-promotion, or just straight-up spam. I don’t even want to imagine what comments look like for mainstream sites.