A close look at troll comments versus real ones 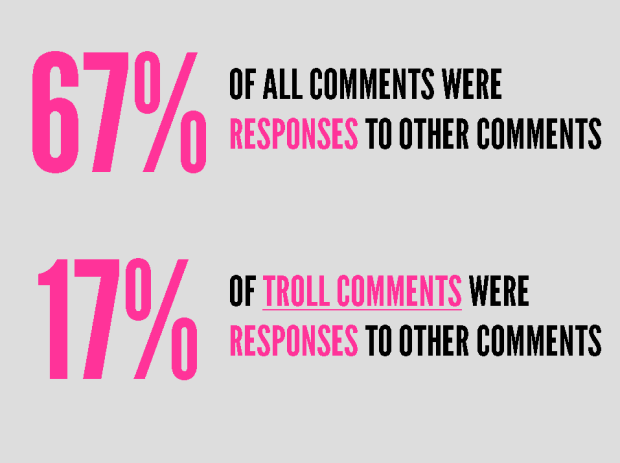 There’s something very strange about the anonymity of the Web that brings out the worst in some people. I don’t get it, but it’s something we have to deal with for now. Courtney Stanton, who wrote a couple of posts that drew the ire of a bunch of trolls, had a look at the troll comments versus the sincere ones.

I should warn you that the following content does contain adult themes, but it’s the contrast between the groups that’s most interesting (and the good use of Many Eyes).

Here is the word tree for real comments that start with “I hope.” Notice the use of full sentences, developed thoughts, and sincerity.

Now here’s the word tree, also with “I hope” at the base, but from trolls. Not quite as thoughtful.

How about the words used? Here are regular comments as a phrase net. There’s certainly a focus on rape, but it is intertwined with other topics. 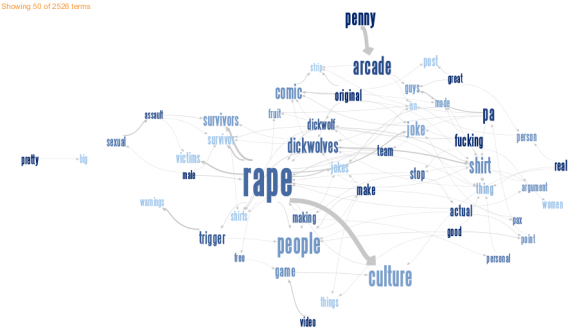 Again though, contrast with troll comments, band there’s not much there. 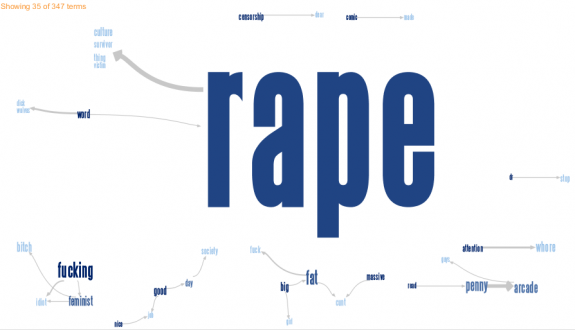 I mean, really? It’s so strange that there are people like this who exist. Maybe we should all take the lead of sports columnist Jeff Pearlman and track down all of the online haters and tell their moms upstairs what they’ve been up to in the basement.

[Here is a Thing via infosthetics]