US surveillance flight paths for the FBI and Homeland Security 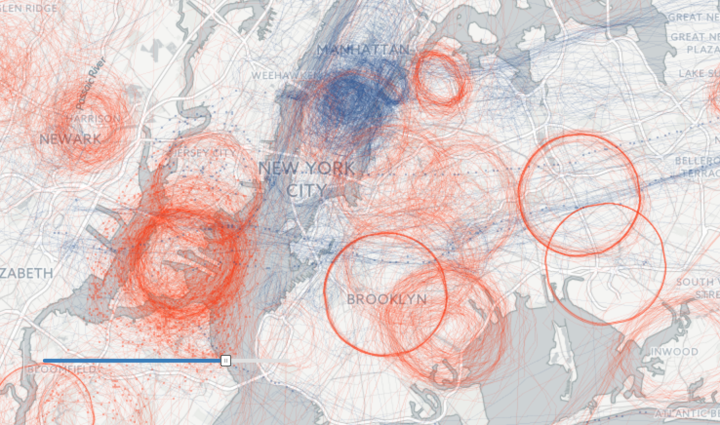 Peter Aldhous and Charles Seife dug into flight path data, specifically looking for flights manned by the FBI and the Department of Homeland Security.

The government’s airborne surveillance has received little public scrutiny — until now. BuzzFeed News has assembled an unprecedented picture of the operation’s scale and sweep by analyzing aircraft location data collected by the flight-tracking website Flightradar24 from mid-August to the end of December last year, identifying about 200 federal aircraft. Day after day, dozens of these planes circled above cities across the nation.

BuzzFeed’s searchable, animated map shows these circular paths, red for FBI and blue for DHS. There was no definite answer for what those planes are doing. Maybe routine surveillance or maybe lookouts for specific people or events. But still, so interesting.