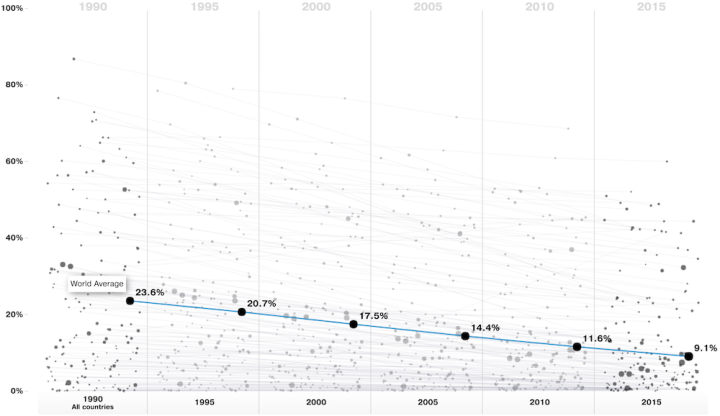 National Geographic, in collaboration with Bestiario, looks at the improving accessibility to clean water around the world.

In 1990, as part of the Millennium Development Goals, the UN set a target to halve the proportion of people without access to safe drinking water. The world hit this goal in 2010, and as of 2015, some 90 percent of the world’s people now have access to “improved” water—water from sources such as pipes or wells that are protected from contamination, primarily fecal matter.

There’s still a lot of work to do though. In some places, such as Haiti and Mongolia, conditions worsened from a percentage perspective and about of third of the populations still don’t have access.