Punctuation only in literary works 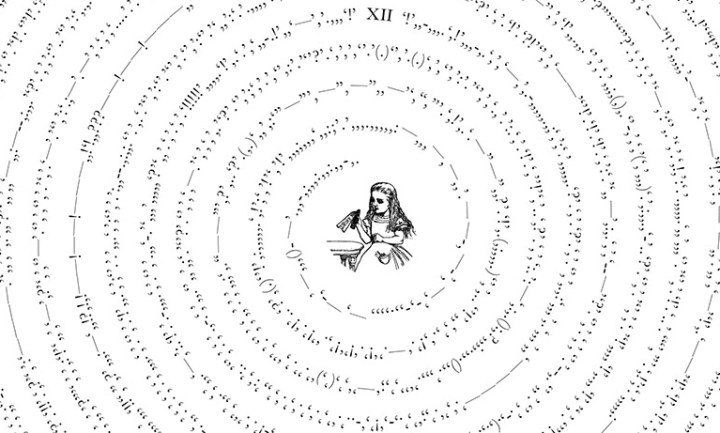 What do you get if you take famous literary works, strip out all the words, and only look at the punctuation? Between the Words by Nicholas Rougeux:

Between the Words is an exploration of visual rhythm of punctuation in well-known literary works. All letters, numbers, spaces, and line breaks were removed from entire texts of classic stories like Alice’s Adventures in Wonderland, Moby Dick, and Pride and Prejudice—leaving only the punctuation in one continuous line of symbols in the order they appear in texts.