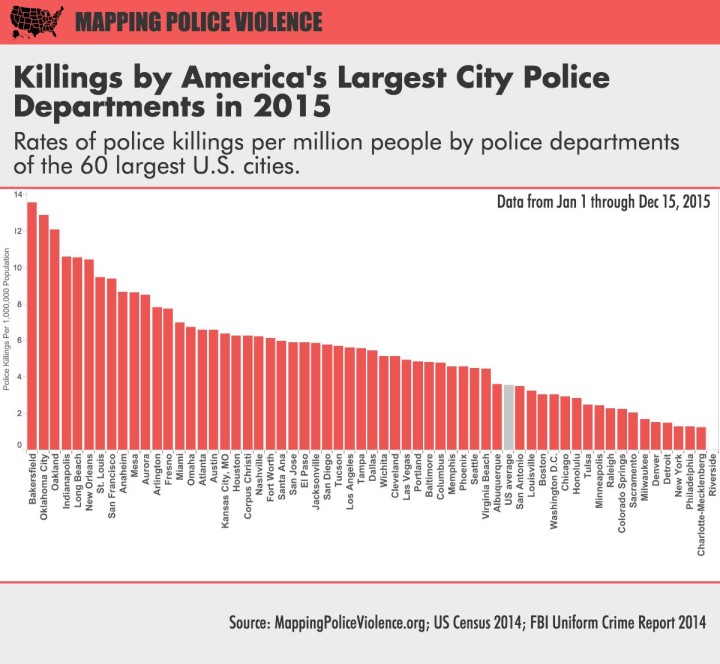 There isn’t a complete government record for people killed by police, which is why efforts such as the Guardian’s The Counted project exists. Mapping Police Violence is another source to look at, and they have a dataset for download for shootings from 2013 to present.

We believe the data represented on this site is the most comprehensive accounting of people killed by police since 2013. The most liberal estimates project the total number of people killed by police in the U.S. to be about 1,200-1,300 per year. And while there are undoubtedly police killings that are not included in our database, these estimates suggest that our database captures at least 90-98 percent of all police killings that have occurred since 2013. We hope these data will be used to provide greater transparency and accountability for police departments as part of the ongoing campaign to end police violence in our communities.