Blueprint for a carbon-free world 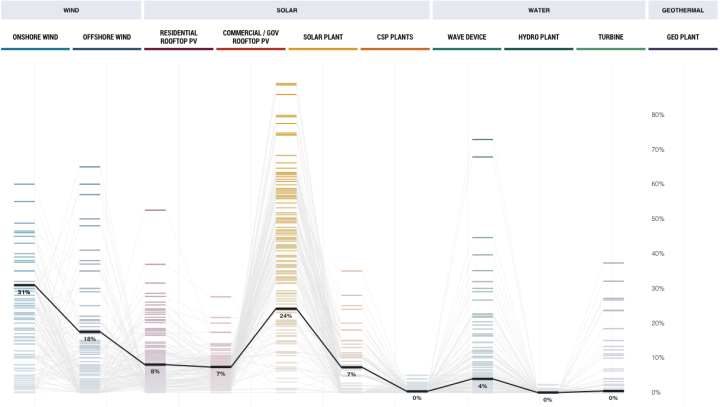 Getting to 100 percent renewable energy seems like such a far away goal at this point in time – which is why Mark Jacobson has a plan.

Mark Jacobson, a Stanford engineering professor, believes the world can eliminate fossil fuels and rely on 100 percent renewable energy. Following up on his state-by-state road map for the United States, he has now released data on plans for how 139 countries could wean themselves from coal, oil, natural gas, and nuclear power.

The plan provides an energy breakdown for each country, and the National Geographic graphic shows how that compares to other countries incorporated in the plan.

See also the state-by-state plan for the United States, which shows breakdowns in the same fashion.