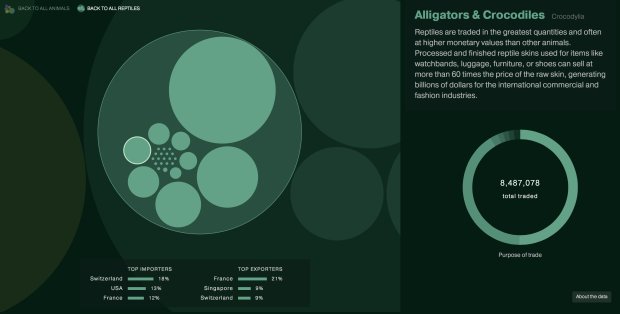 Based on data from the CITES Trade Database, “more than 27 million animals were traded internationally in 2013 for purposes ranging from garment production to traditional Chinese medicine, trophies, and scientific testing.” This National Geographic interactive by Fathom Information Design shows the various species that were traded and to what extent.

Using packed circles, the data is shown in a hierarchical format, with large animal groups, such as reptiles, bird, and mammals shown initially. Click on circles to drill down to specific species. Countries responsible for importing and exporting are shown, along with the purpose of trade.