Getting bees to construct geographic maps 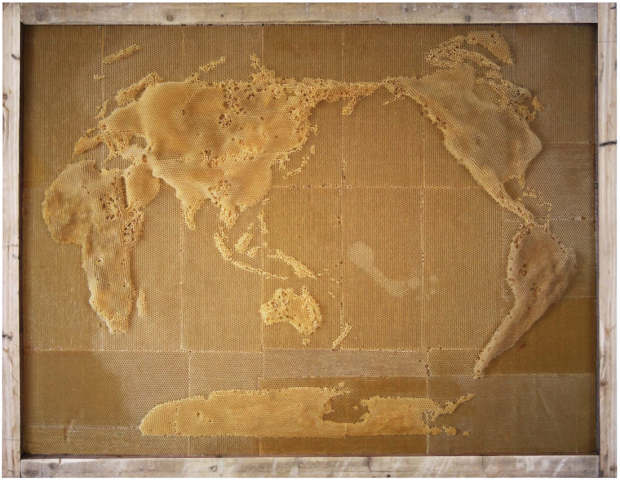 In an exploration of the connection between humans an nature, artist Ren Ri uses beeswax as his medium and the bee colony as the builder. Yeah.

Because a colony will follow the queen bee and build a hive based on the pheromones that she releases, Ri is able to move the queen such that the others in the colony act accordingly.

The three-part series is called Yuansu, which translates to “a comprehension of the gestalt of life”. One part is a collection of abstract sculptures, and another is a performance with the bees themselves. But the first part, which Ri and the bees created back in 2008, is a series of geographic maps. 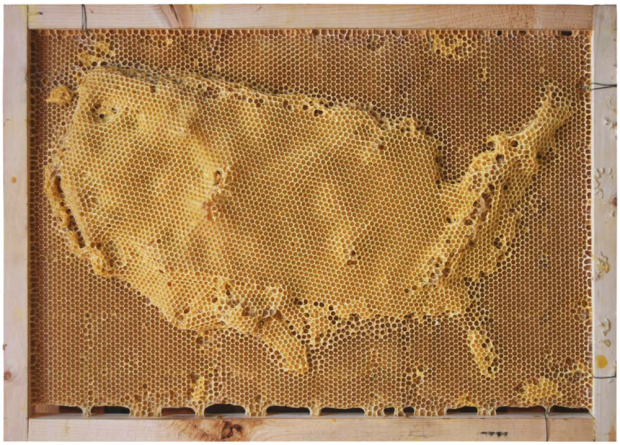 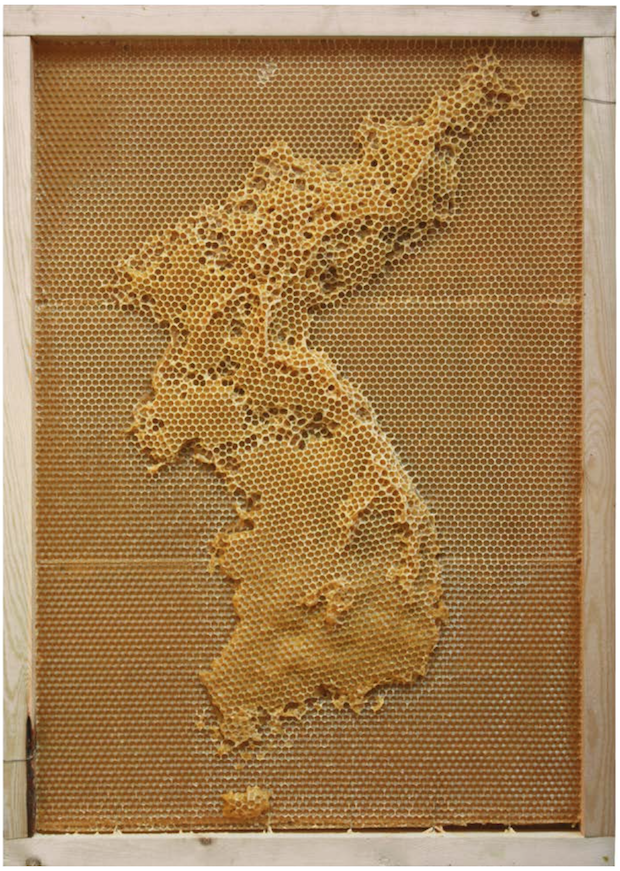 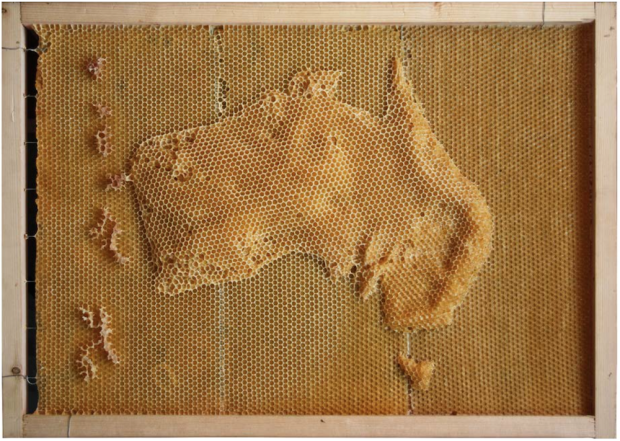 See the beeswax maps for other countries and the other parts of Yuansu in the exhibition catalog. [via Map of the Week]