Estimated age based on your name

A while back, Nate Silver and Allison McCann for FiveThirtyEight estimated age based on a person’s name using a relatively straightforward calculation. Using data from the Social Security Administration, they looked at number of people given a name in a year and crossed that with actuarial tables for annual deaths.

Randal Olson turned that into an interactive name age calculator. Punch in a name. See the median age distribution.

Here’s the distribution for Emmett: 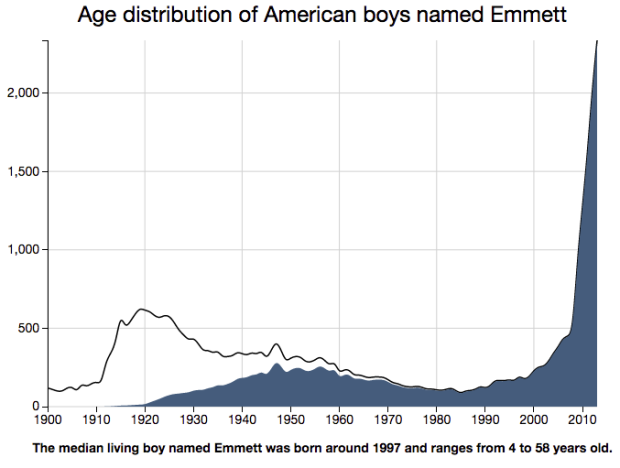 Using the same cues as FiveThirtyEight, the chart shows a black line that represents the number of people given the name over time and a shaded area shows the estimated number of people with that name who are still alive as of January 2015. Taken together, you essentially get a percentage that converges towards 100%.