Gallons of water to produce foods 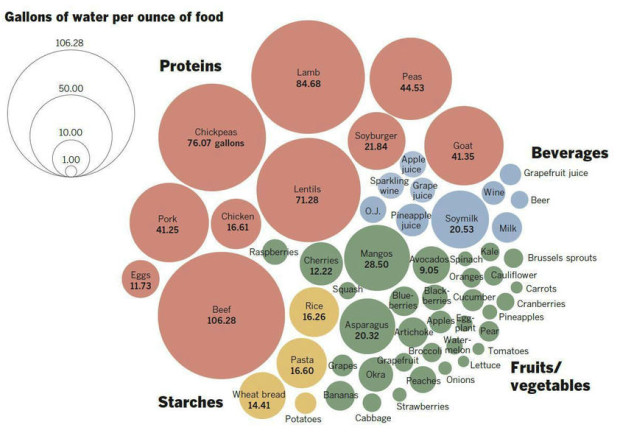 With all the talk recently about how much water it takes to grow almonds, Kyle Kim for the Los Angeles Times took a quick look at home many gallons of water it takes on average to produce other foods.

Although almonds isn’t on the chart. Am I missing it?

Update: Pretty sure they’re not on there, but here’s some back-of-the-napkin math. The LA Times article quotes about one gallon of water per almond. According to the Google, the average almond weighs 1.2 grams, which translates to about 24 almonds per ounce. Therefore, 24 gallons of water per ounce, placing almonds between mangos and asparagus from a per ounce perspective. (Thanks, Kevin.)

In other news, I will be switching to a strict diet of carrots and beer in the interest of saving water for this state.

Update #2: Check out the original piece from the LA Times, which is interactive and lets you create a meal to see how much water was used to produce it. It’s not almond-focused. (Thanks, Kyle.) 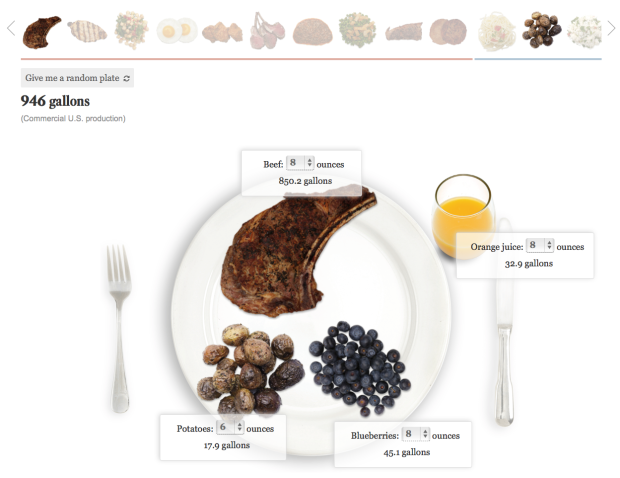