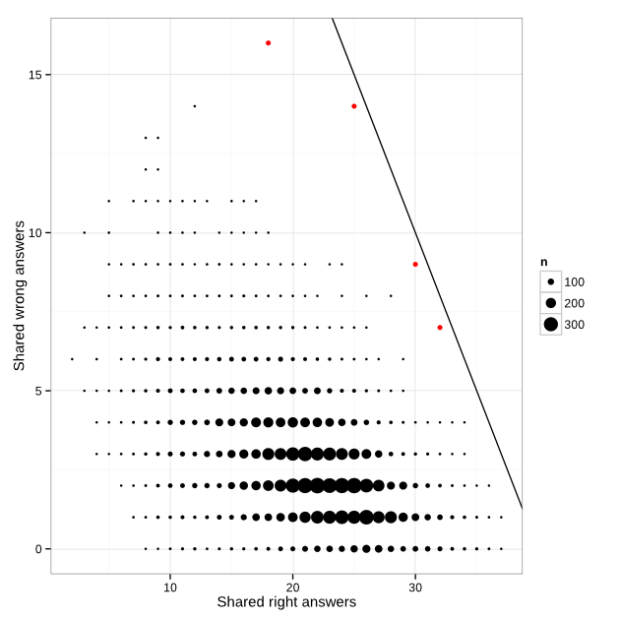 Jonathan Dushoff had issues with students in his population biology class cheating on his exams. One year there was suspicious behavior, but Dushoff and the proctors weren’t able to prove the students cheated as it happened. So he looked closely at the test results to find the guilty students.

The final is entirely multiple choice. I got the results files from the scantron office. I figured that I wouldn’t quite know what to do with a comparison just between these two kids (unless the tests were identical), and that it would be just about as easy (and far more informative) to compare everybody to everybody else. It’s still kind of hard for me to get used to the fact that we have computers now and can really do stuff like this. I calculated the number of identical right answers and the number of identical wrong answers for each pair of students (~18K pairs), and plotted it out.

The diagonal line indicates two students who had the exact same wrong and right answers. No pair of students did this, but there were four outlying pairs that got close, shown in red. And looking back at the seating arrangements, in a class of 200 students, all four pairs were students who sat adjacent to each other.

Dushoff has since gone back to multiple exam versions.