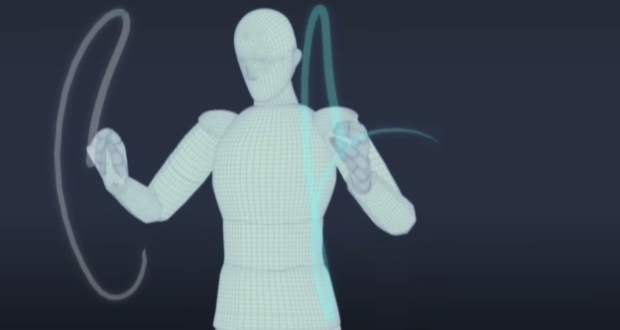 To capture the data, the Movement Lab installed high-speed motion capture cameras, and Gilbert put on one of those funny-looking suits with the sensor balls on them. He conducted, and they recorded his body and his hands.

Fantasia will probably come to mind as you watch, specifically towards the end when only conducting trails and sensor spots are left to dance on the screen.